How To Make Rice Flour?

British shorthair cats are one of the most popular cat breeds in the world. These cat breeds are mature and beautiful. The British cats are beautiful and affectionate; they adopt the environment very quickly. It is believed that short hair cats have easy-going personalities and they are muscular. These cats truly exhibit British heritage. Initially, the cats remain reserved but when they got to know you, they will be very affectionate.

The calm temperament, appearance, and good nature have been the most striking points about this ancient British cat breed. It is one of the most popular cat breeds in ancient times.

It is believed that British shorthair was first recognized in the first century which shows that it is one of the most valuable ancient cats in the world. According to rumors, when Romans invaded Britain, they brought Egyptian cat bread to Britain which then crisscrossed with local European wildcats.

With the passage of time, the descendants of these cats are converted into large and robust cats. The short hair cats have short but a thick coat, therefore, they remain warm in the winter season.

Experts say that the basic shape and structure of British short remain the same over time. In the nineteenth century, selective breeding started with an aim to introduce an unusual British Blue cats or English type.

The British blue cat was first appeared in a cat show at the Crystal Palace in London in 1871 which makes it more popular among pet adopters. Later in the 1890s, the British shorthair cats are then mixed with Persians to make a British longhair cat.

The British cat, no doubt, the strong-looking large cat with a broad chest, face, strong and thick coat. Being a medium-sized cat breed with a blunt-tipped tale, the short cats are very popular among pet adopters. The short hair cats have strong legs with rounded paws, broad cheeks, short muzzle, and large round eyes. In most cat variants the eyes color of these cats is orange, especially in British blue.

These cats are very similar to the grey Scottish Fold. The main difference between both cat breeds is that the British cat has triangular ears while the Scottish Fold has folded and softer ears.

These are very slow to mature as compared to other cat breeds, they take nearly 3 years to reach their full physical development. The average weight of male cats is between 9 – 17 lbs while that of females 7 – 12 lbs.

The short hair British cats are among the most popular cat breeds with distinctive features.  They are very thick and have no undercoat. Moreover, the texture is plush rather than fluffy or woolly. After British Blue, the white British shorthair cat is adorable and attractive. The color pattern may include solid or colorpoint, shaded, tabby, and bicolor. The tabby patterns include Mackerel Tabby, Classic Tabby, Spotted and Ticked Tabby.

Whereas, the non-tabby patterns include Tortoiseshell, Bi-color, Van Patterns Bi-color, and white, Tipped, smoke and colorpoint.

The shorthair cats are considered dignified and easygoing breeds. However, they are not playful and active as like all other cat breeds. Besides this, these cat breeds are devoted and sweet. The white British shorthair cat and all other breed variants remain comfortable in other pets and children. However, these cats may ignore physical interaction.

The best part about these cat breeds is that they do not require a lot of grooming, therefore, they are considered favorite indoor cats. It is to be noted that they are more prone to obesity, therefore, you need to take care of them with their diet.

The British cats are long-living cats with an average life span between 14 and 20 years. However, some vets say that the average life of these cats is 11.8 to 12.5 years.

British cats are more prone to Hypertrophic Cardiomyopathy (HCM). Therefore, you must be careful with this breed problem. According to an estimate, nearly 20% male and 2% of female cats get caught in the disease.

This is the reason, the pet vets have made it mandatory for everybody to monitor their male cats for possible HCM. Apart from this, the breed has a lot of risk of polycystic Kidney disease (PKD). This tends to be a severe and life-threatening disease.

Although the polycystic Kidney disease has an affected rate of at least 1%, you should be careful with this disease and help your vet in conducting a test on a regular basis.

To prevent severe disease from affecting your British shorthair cat, you must brush your cat daily. Most importantly, you should brush your cat during changing season when the coat is thickening or thinning.

No doubt, the British blue cats are the most favored and popular cats among British cats but they do need health care regimen as well. Its time to end our review of shorthair cats, please do let us know about your likes and dislikes about this cat breed in the comment section below. 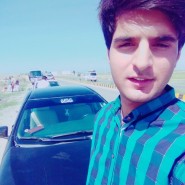 I am a Freelancer, Passionate Writer, and I love to take on different topics. I use my skills to craft the best and informative article for my readers. I have written content for different local and international brands. I am managing my own web LaptopBite.

How Much Should My Cocker Spaniel Eat?

How to look after fish properly?

How To Crate Train a Puppy? Everything You Need To Know About Crate Training

Can Dogs Eat Peanuts? If So Then Are Peanuts Safe for Dogs?

How to Lower My Dogs Fever with Home Remedies ?

How To Make Rice Flour?