Home > Health > Does your Heart Stop When you Sneeze? Some Interesting Facts!
Health There are many believed myths about sneezing around the world. One common myth is that our heart stops when you sneeze. But that’s not true your heart only stops beating due to cardiac arrest.

Sneezing is a way of your body to clear your nose with any pollutants. It is like refreshing your computer. Moreover, it removes any contaminated substances from the nose making a clear way to inhale oxygen. Sneezing is not an illness neither its harmful. It is common, hence research and many observed experiences are famous.

Why Do We Sneeze?

A sneeze can be caused by many reasons due to dust, pollen, or any illness. Yet some common causes of sneezing are:

Viral infections of the respiratory system cause cold. But colds are not serious.

Allergy is caused due to inflammation in nostrils. In response to allergy people sneeze, itch or cough. With time allergy gets worse. It is better to treat allergy at an early stage.

Ahhh the worst! Stuffy nose, headache, dizziness, body aches all are symptoms of flu. Prolonged flu is a serious problem. Consult a doctor as soon as possible.

REALLY? Does Your Heart Stop When you Sneeze!

What happens actually is sneezing causes a change in breathing pressure hence the flow of blood fluctuates. Consequently, there is a slight change in your heartbeat.

What Do Doctors Say?

Dr. Richard Conti explains that when we sneeze it is not right to say that the heart doesn’t beat. A heartbeat after a delay is forceful and noticeable. Hence, it is more like a sensation of having the heart skips a beat.

How Your Body Responds When You Sneeze

MYTH – Heart Stops When you Sneeze!

Some more commonly believed myths and superstitions about sneeze are:

Some interesting facts are:

Responses from around the world!

People respond to sneeze by saying “God Bless you”. It was originated from Rome they believed that this prayer will protect them from certain death.

Zulu responds by saying: “I am now blessed”

Hindu says: ” Live with you”

Muslims response: “Alhumdulilah” that means ” Thanks to God”

When you sneeze heartbeat does not stop though there is a slight change or you can say a delay in the body system. Yet if you notice any abnormality in any organ of your body it is important to visit a nearby hospital. I hope you find this blog informative. For any query comment below and visit us for more information:

Why Are Dogs So Loyal? - Animal Psychology 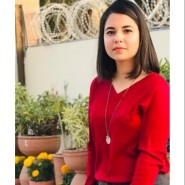 A passionate Content writer by profession, I write blogs for everyday life hacks, DIY beauty products, animals, business, and technology. I provide high-quality services. The goal is timeliness provision of content with quality, creativity, and satisfaction of the viewers. Vequill has provided me a chance to share my expertise with you.

Causes Of The Kissing Disease

What Are The Benefits Of Eating Coconut?

How To Exercise With A Cross Trainer?

How To Get Bigger Shoulders With Weights?